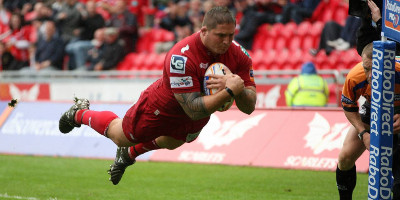 Rhys moved from his home country South Africa in 2000. Over his ten year span as a professional rugby player, he played for Newport RFC, Dragons, Scarlets and Wales. He had a ‘work hard play harder’ attitude, which led to a chaotic lifestyle in the latter years of his career.